The new peta-scale supercomputer named Vega after the Slovenian mathematician Jurij Vega scheduled to enter into production in March 2021 will be provided by Atos, a global leader and a major European player in HPC. It will be jointly operated by the Institute of Information Science Maribor and the EuroHPC Joint Undertaking and will provide its capacity both to the Slovenian National Supercomputing Network SLING and to EuroHPC users. Vega will be among the five first petascale EuroHPC systems. With 6.8 petaflops it will rank among the 50 fastest supercomputers in the world.

MARIBOR, LUXEMBURG, PARIS, 1ST OF OCTOBER 2020. The Institute of Information Science Maribor IZUM (IZUM in the frame of project HPC RIVR funded by the European Union from the European Regional Development Fund and the Ministry of Education, Science and Sport within the framework of the Operational Programme for the implementation of the European Cohesion Policy in the period 2014-2020) and the EuroHPC Joint Undertaking have selected Atos as the vendor for the new Slovenian and European supercomputer, confirming the selection with the signing of the procurement contract. Atos, a global leader in digital transformation, headquartered in France, is a major European HPC provider and innovator.

Dr. Aleš Bošnjak, director of IZUM, said: “With this new BullSequana supercomputer from Atos we will be able to fulfil our HPC RIVR project design goals and ensure that a new generation of experts and developers, as well as the wider Slovenian community, can meet new challenges within our national consortium SLING (Slovenian National Supercomputing Network) and further contribute to the regional and European HPC initiatives.”

The new supercomputer has been planned as a part of the Slovenian HPC RIVR programme under the coordination of the University of Maribor, with the Institute of Information Science Maribor and the Faculty of Information Science Novo Mesto as partners, and the national HPC consortium SLING as the supporting entity. Since the initial investment has been augmented when the project evolved to become the Slovenia-based EuroHPC peta-scale system, one third of the investment is provided by the EuroHPC Joint Undertaking and the system will be available to EuroHPC users.

Mr. Anders Dam Jensen, executive director of EuroHPC Joint Undertaking, stated: “Thanks to this signature, the Vega supercomputer will increase the computing power available in Slovenia and in Europe as a whole by early next year. It will support European researchers and users from the public and industry sector, wherever they are in Europe. Vega will drive innovation and help Europe compete globally in strategic domains including artificial intelligence, high performance data analytics (HPDA), personalised medicine, bio-engineering, fight against climate change, or drug and material design.”

The new supercomputer will be named Vega, after the Slovenian mathematician Jurij Vega and for 17.2 million Euro it will provide 6.8 petaflops, wide bandwidth for data transfers to other national and international computing centres (up to 500 Gbit/s) as well as both fast and long-term storage (24 PB in total). The bandwidth provided by GÉANT and its data-lake based repositories will allow Vega to support open science and FAIR data and facilitate its users in participating in European information-intensive scientific and research projects. Vega is scheduled to start production in March 2021.

Slovenia initialised its HPC RIVR programme not just to procure new systems and improve available computing capacity of its HPC community, but also to ensure that a new generation of experts and developers is engaged within the project as well as the wider Slovenian community and its national consortium SLING. The Ministry of Education, Science and Sport has been using this mechanism to promote regional, European and international cooperation, including the work within PRACE and EuroHPC, where SLING became one of the funding partners of the Leonardo Consortium, the hosting entity of one of the EuroHPC pre-exascale systems at CINECA in Bologna. Since EuroHPC has also been accelerating the adoption of new technologies by supporting the establishment of national centres of excellence in HPC, the new capabilities will be made more readily available to academic as well as scientific and industrial users.

Formal launch of the prototype supercomputer

The prototype supercomputer that was set up as part of the project “Upgrading national research infrastructures –HPC RIVR” was launched in a ceremony held at the University of Maribor by symbolically pressing the button. The ceremony was attended by the the Prime Minister of the Republic of Slovenia Marjan Šarec, Minister of Economic Development and Technology Zdravko Počivalšek and the State Secretary at the Ministry of Education, Science and Sport dr. Jernej Štromajer. 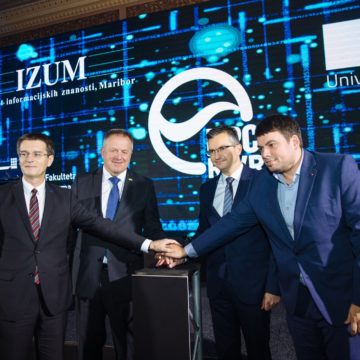 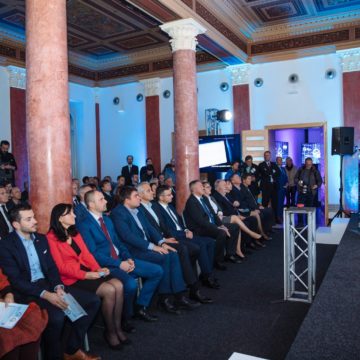 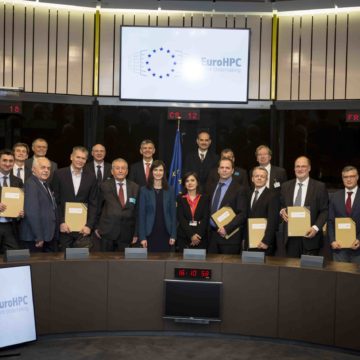 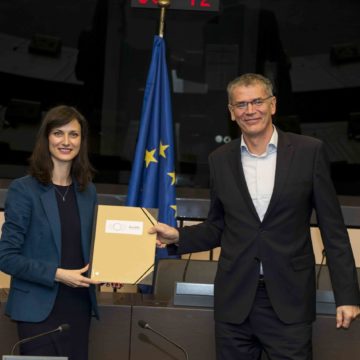 On TED, the EU portal for public procurements, the Institute of Information Science published prior information notice for procurement “EUROHPC VEGA Supercomputer” – 2019/S 183-445016 on 18 September 2019. 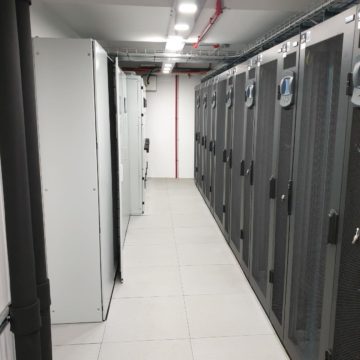 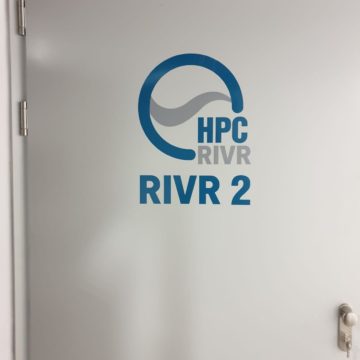 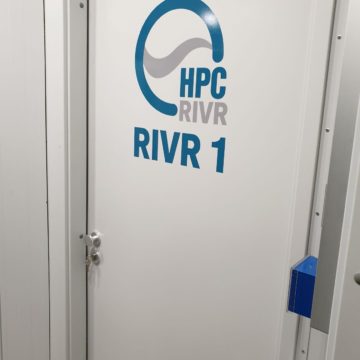 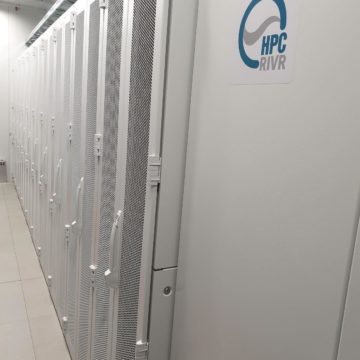 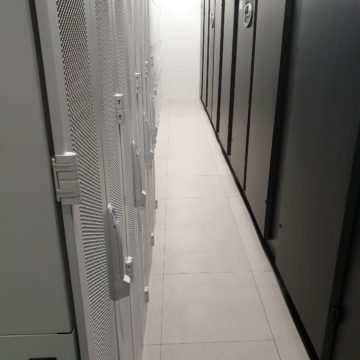 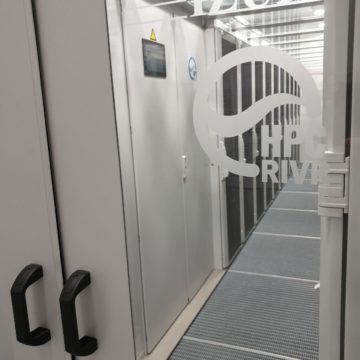 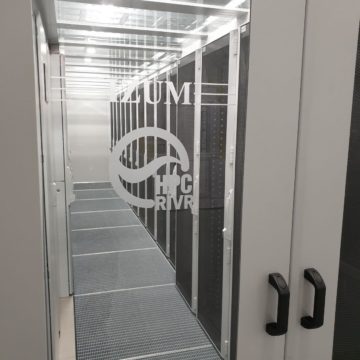 14.06.2019 – Setting up the supercomputer at IZUM is underway
Installing technical equipment for the HPC RIVR project in the HPC RIVR1 system space as well as the cooling aggregate with the capacity of 500 kW. 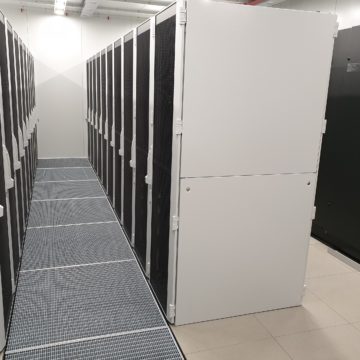 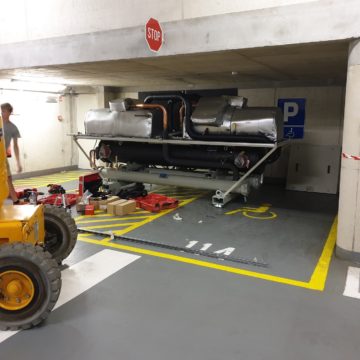 On Monday, 10 June 2019, a symposium upon the solemn proclamation of the significant Slovenian collaboration in the pan-European supercomputing EuroHPC Joint Undertaking by obtaining co-financing for establishing one of the five representative peta-scale HPC systems in Europe was held in Ljubljana, in the premises of the EU House Slovenia of the European Commission Representation in Slovenia. For more information visit http://primeurmagazine.com/flash/AE-PF-06-19-2.html. Upon this occasion, a speech was held by minister dr. Jernej Pikalo as well as the European Union Representatives dr. Zoran Stančič and Mr. Khalil Rouhana, Deputy Director-General at the Directorate-General for Communications Networks, Content and Technology. The opening speeches were followed by a presentation of the HPC RIVR project by dr. Zoran Ren. Later on, dr. Janez Povh (University of Ljubljana, Faculty of Mechanical Engineering), dr. Milan Ojsteršek (University of Maribor), Tomi Ilijaš (Arctur), dr. Jan Jona Javoršek (SLING), dr. Aleš Maver (University of Ljubljana, Faculty of Medicine), dr. Jernej Stare (National Institute of Chemistry), dr. Sašo Džerovski (Jožef Stefan Institute), dr. Andrej Filipčič (Jožef Stefan Institute) elaborated on the importance of supercomputing infrastructure in Slovenian and global science. 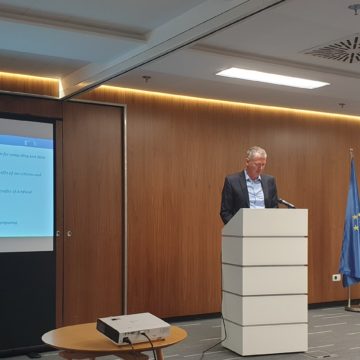 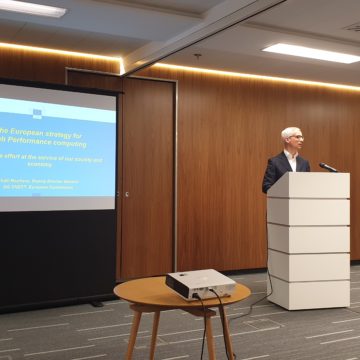 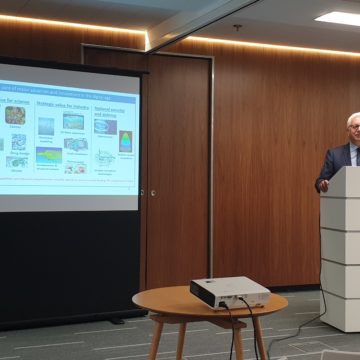 31.05.2019 – Within the framework of the HPC RIVR project, the transportation of cooling devices to the roof of the IZUM office building has been carried out. 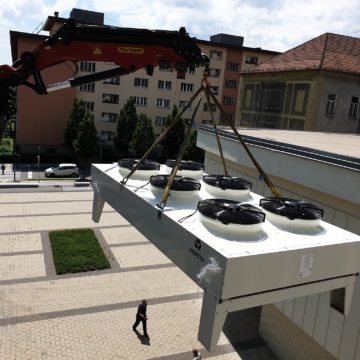 27.05.2019 – Replacement of IZUM transformer station for the needs of HPC RIVR

As part of the public contract “Implementing utility infrastructure of the existent computer centre for the needs of HPC RIVR”, performed by NTR inženiring, the IZUM transformer station was replaced between 25 and 26 May 2019, facilitating a possible increase in maximum power from 630 kVA to 1600 kVA. Work was carried out on a medium voltage block and included the replacement of the transformer as well as the low voltage switchboard (see pictures). During this time, the operations in the computer centre and the IZUM building were not interrupted. All devices are functioning as expected. Cooling devices, diesel aggregate, uninterruptible power supply units and system cabinets will be installed in the next three weeks. 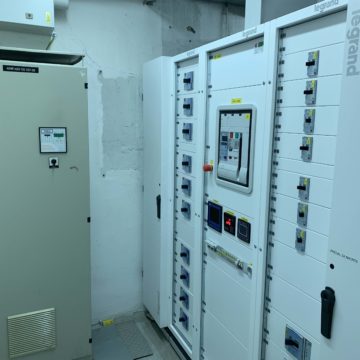 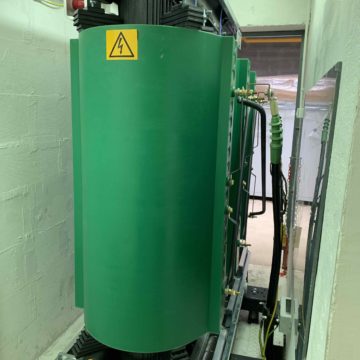 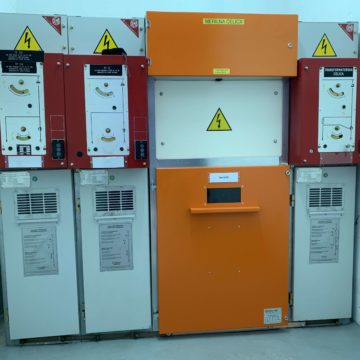 Pursuant to the contract, the company NTR INŽENIRING d.o.o. has delivered and installed the HPC RIVR supercomputing container on 20 May 2019. The dedicated container, located in the immediate vicinity of the Technical Faculties of the University of Maribor, will house the prototype HPC.RIVR@UM aimed at developing and testing system and software solutions for the main hub or the primary HPC.RIVR@IZUM.